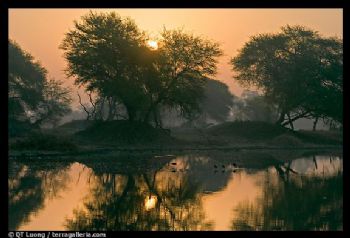 Years ago during the debacle of 911 I begin a series of blogs that only lasted for 7 days. I called them Reflections Day 1, etc. Wrenched from my soul the grief was so overwhelming.

Now with events in my life, my sister's illness sans sudden death I am again at the crossroads with reflections. My sister's death was so sudden, so unexpected. Not like an auto accident, but the suddenness, chain of events just as devastating. Going to the doctors to discuss treatment for cancer, put in hospital same day, 1 week later diagnosed terminal then 9 days later dead. Dead...how final a word in our vocabulary.

Death is what you make of it, how it is perceived. I see my sister in pictures in my office where my photo gallery is displayed, I see her in the trinkets she used to buy me. I see her when walking outside, remembering her pure pleasure sitting in her "park" in her back yard. I see her in the wine glasses she gave me laughingly warning me oh how far to fill the glass as it would knock me on my butt if I filled the glass any fuller.

What I cannot recapture is the sound of her voice; the "Hey Kid" on Saturday mornings when she would call to visit. The physical presence always at our small family gatherings.

I am still in shock, I know that, it was so quick. Jane was blessed. I told a friend that the Lord takes those of faith first. My older sister and I were discussing Jane this past w/e and Carol told me something I will always cherish, my faith only reaffirmed. Going back, "reflecting"....

I had a series panic attacks the week of Jane's death because I could not get to her bedside. When I was able to get there, Jane's husband and my sister were already there. We talked quietly, we joked, there was soft laughter. My sister and I would get up and rub Jane's arm, or leave a kiss on her forehead. I told Jane of the memorial garden I was going to create just for her....it was a comfortable time, a time of "normalcy". Upon leaving I kissed her, telling her I loved her and would see her soon. I learned from my other sister that night, Jane restless. She had been calling for our Mom who passed away 10/05 and had been asking for her for at least the past day or so. One of the sitters we hired to stay with Jane in Hospice relayed this: She, the sitter cracked open the window by the bed as Jane was feverish and restless so that Jane could feel the fresh air (it has rained that day). Carla (sitter) stated that as she stood by the window, the curtains begin to billow. It was not from the AC it was not from any gust of wind. She stated the curtains begin moving and billowed out and Jane took her last breath. Carla said a prayer over our beloved sister and notified Hospice who in turn called our family. The Lord helped our Momma come and get her baby.

This w/e, Saturday evening to be exact our new neighbors came to intro themselves to us. The wife, Mary is a hospice nurse. I of course opened up and started talking. She comforted me by saying that Carla was more than likely correct in what she saw (Carla stated she wished she had had a camcorder because she knew no one would believe her). I told Mary whether real or not I was not going to question what was told us, the beauty of God taking Jane into his fold. Mary agreed and told me there is a presence near the time of death.

So here I am, 2 days before Jane's memorial. I have yet to cry, to mourn. I grieved deeply when I learned she was terminal, God took over from there. I know I will openly weep at her service. I am just now talking about it in small bits and pieces. I am still working on not feeling guilty for surviving....trying to remember that she is in a far better place than I right now.

Life goes on, seasons change, news shouts depressing stories, yet I only know of simple beauty, kindness and faith. I am sad, I will miss my sister, but I have an older sister that I now understand a little better and it is time to rebuild our relationship; to understand each other more, to create an even stronger bond.

Thursday we say good bye to Jane but I will celebrate her life from this point forward. Thank you Mom for hearing your sweet baby Jane and thank you Lord for allowing it to happen.