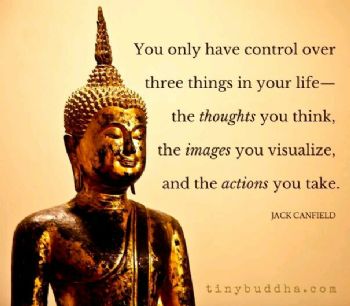 The thing I have been emphasizing and really been "after" over the past month has been defying the lie and shifting into a new way of being: of power. I have been dropping the bricks of negativity and toxicity that have been holding me down and committing to a breakthrough in self esteem and acceptance and dissolving resistance. But in order to do all that requires constant action. We must keep taking the physical steps on our path or our inaction will be an action in itself. But, as human as we are, there will be times when we will drop the ball, and this is natural, and when we find we have, we must simply pick it back up without judgment and remember that it is yet another awakening, another chance to defy the lie and come into our authentic, empowering way of being. Setbacks are essentially meaningless, but they do happen. And the past two weeks were something of a setback because I became entangled in relationship stuff which was scary and overwhelming for me and then I ran out of medication which left me feeling something like the song "Meds" by Placebo. And I felt like I was in a hopeless tailspin struggle, with the wisdom and insight that I had gathered only a shadow in the back of my mind. During Week 9, I began the week with great enthusiasm and a sense of being able to get back to a powerful place and had hoped to put that into action but then my ex boyfriend Bryan called me and he asked me to come over. I wanted to, I did, and we behaved badly in our short time together. I enjoyed being with him, and we said things to each other like, "Why did we ever break up?" but our behaviour was extremely reckless and he pressured me into doing some things that I wasn't sure I wanted to do so I wasn't happy afterwards. I went home and I felt really strange mentally and also couldn't sleep for 3 days and just felt really emotionally and mentally anguished about things which took away from my ability to make really great decisions and I already ran out of pills at this point, but for whatever reason I just couldn't bring myself to phone in the prescription. Over the course of the rest of the week, I still accumulated a few activity minutes here and there, but the effort wasn't there, and I certainly wasn't *doing* much of anything. Then by Week 10 I was really feeling depressed at this point because of lack of meds and all the mental stuff and Bryan kept calling and emailing and I wouldn't answer, I took off my Fitbit, and I watched It's Always Sunny In Philadelphia all week and tried to forget myself. Then on Wednesday I knew the weekend was coming and I had to be okay for my son, so I called in for my pills and once I started taking them again, by Friday I was feeling amazing. I suddenly remembered everything, it just came back to me, and emotionally and mentally all that insidious fog cleared and I just *remembered* _Being of Power_ and everything I had been working towards for the past month and the stuff with Bryan didn't seem all that significant anymore, so I went online and responded to his emails. And of course over the weekend I didn't get anywhere with anything because the weekends are just too busy for me. Here are the shameful results of the past two weeks. I could just choose not to include them, but I feel like there's no power in that.

Initially, when I looked at these figures and came off Week 10 and the fog dissipated, I felt really upset about what I saw as a significant setback in my journey to an empowered existence. I had felt like I was making some waves in Week 8 and having some serious realizations and then Week 9 was the beginning of a faltering that spoke to my inability to bring into reality those insights and wisdom. But after I spent a little time with this, and brought what I had to the table yesterday, I realized the truth in the words "setbacks are meaningless" and in the advice Baron gave about picking the ball back up immediately after you drop it. It really is true that the path of transformation has no end. And maybe because of the past two weeks, I can more fully integrate the insight and wisdom that I've been gifted into my journey at this point and focus on acceptance versus resistance. And what is fortunate about having such a point of extreme shutdown last week is that things began happening in a very organic way this week, I began opening to showing up in a new way. It really struck me that I have been really struggling with my weight this year and that a lot of it is due to my relationship with the scale and my body. That was a big point of contention with Bryan when I was with him. I wasn't in a good place with my body, I was feeling the (if you'll excuse the term) weight of all of the changes that had occurred in my body this year and I didn't feel comfortable with myself and when it comes to weight loss right now, I struggle with it because of body issues. When I lost a lot of weight, I *felt* like I hadn't lost any, and when I gain weight, I *feel* like I've gained much more than I really have. So it's a very mentally taxing thing and looking in the mirror and getting on the scale is very stressful. So I began showing up in a new way with my body relationship. I put my scale in the closet and am not going to weigh for a month (something I've said before, but I keep trying, this is something that is very hard for me to do) and I'm doing some healthier rituals to help me measure my progress in other ways. After the month is up, I'm going to commit myself to weekly weigh-ins. I'm committing myself to yoga and meditation which enrich the path and opening to new insights and wisdom. I am holding this experience as valuable and while for me two weeks away from wisdom work puts me at a certain distance from it, I am coming back to it with a certain freshness.
Share This Post With Others
Report Inappropriate Blog
Member Comments About This Blog Post