For years, I've wanted to participate in this event; however, I was afraid of what people might think, "She's participating in the event, so she must be infected."

Today, I see where my 'thinking' was distorted, and even if folks do think 'negatively' of my participating in this event, "I DON'T CARE!" Today, I have the COURAGE to act on my beliefs! 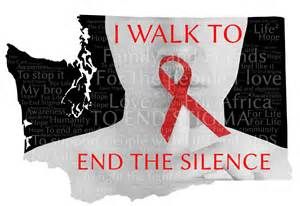 More than half of their clients earn less than $20,000 a year. Nearly 80 percent are at the federal poverty level. They often have no place else to go for the health care they need.
Other clients are reluctant to get health care at all, fearing discrimination and that providers may lack appropriate knowledge and compassion. Whitman-Walker Health is often the only place they can go for care.

CDC estimates that 1,144,500 persons aged 13 years and older are living with HIV infection, including 180,900 (15.8%) who are unaware of their infection. Over the past decade, the number of people living with HIV has increased, while the annual number of new HIV infections has remained relatively stable. Still, the pace of new infections continues at far too high a level - particularly among certain groups.

HIV Incidence (new infections): The estimated incidence of HIV has remained stable overall in recent years, at about 50,000 new HIV infections per year. Within the overall estimates, however, some groups are affected more than others. MSM continue to bear the greatest burden of HIV infection, and among races/ethnicities, African Americans continue to be disproportionately affected. 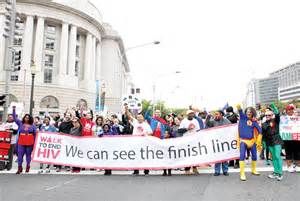