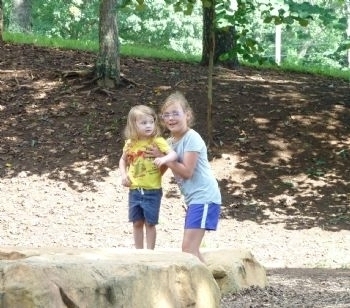 Here he is with his big sister Faith - just a little guy with long hair. Tom and I were at the car dealership having something done to our new Altima when we got the call that Jamie had finally arrived.

There is quite a story there. My 2nd daughter Rachelle was a very special child. When she was in pre-school the teacher recommended, for the first time in 10 years, that Rachelle start kindergarten early. Her "educator" father wouldn't consider it, and in those days his word was law. So at 5 she started kindergarten. I'd ask how she liked school, she'd respond: "it was fun but kind of boring". I spoke to the teacher and they agreed to have her tested - but nothing every happened. I spoke again to the teacher who said my husband told them NO.

Now my first question was, why ask him? I had already agreed to the tests. He may have been teacher qualified but he was certainly not father qualified! This time his word was not law - and they set up the tests.

She went into school on Thursday of MEA weekend. Mrs. Felix (in the office) was on alert that we were on our way. I had 2 babies and a 3 year old trouble maker in the car - I couldn't walk Rachelle into the building. So I watched, saw her go into the office and tell Mrs. Felix she had an appointment with Mr. ??? (who remembers). THAT very act was the most impressive thing to Mr. ?

She tested out strong for 2nd grade learning. The counselor suggested she move up to 1st grade after the Christmas holiday but also be entered into advance reading & math skills. My husband wasn't happy - too bad for him! Mama bear had come out full force! I have to give credit to the Kindergarten teacher Mrs. Tomsich - she gave Rachelle the daily task of reading to the class which held her interest.

The point here is this brilliant, straight A student all through college, had one goal in life - to be a mother. Several years after her marriage to Dan there still was no baby. She was tested, Dan was tested. The decided to do in-vitro. The first time it didn't work, the second time it didn't work, the third and last time we were all holding our breath's - and we got Faith. The greatest blessing in the world.

But that wasn't enough for Rachelle, she wanted more. The doctor's said no more in-vitro and no more babies - final answer! She went into a tailspin. She took care of her child but could barely do anything else for awhile. I went to stay for a couple of weeks. I said those trite things like "look what a blessing you have in Faith - who could be more special than her".

Then one day we got the call - she was pregnant with Reese who was born healthy and what a joy he has been. THEN we got another call, she was pregnant with Jamie - who has thrown that lovely little family into a bit of chaos. Faith & Reese are intelligent, creative, and full of imagination. Little Jamie is going to be the football player. He's tough - he doesn't let the other two push him around. He wants what he wants and it's not a piece of paper to draw a picture. He wants to build things and tear them down, he loves trucks and sirens. AND he LOVES Daisy. He will be the one to keep this family centered - I just know it. He's the one with the gleam in his eye - that twinkle that's always looking for something fun to do!

So today I celebrate my youngest grandson, Jamie 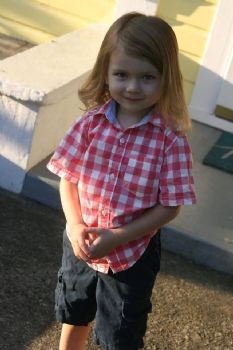 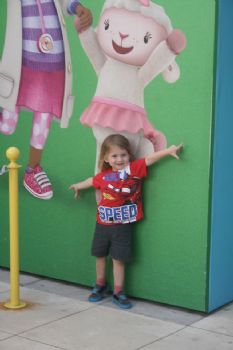 In case you're wondering about the long hair, apparently that comes from his grandfather's side of the family. Here's a photo of Mark when he was just 2 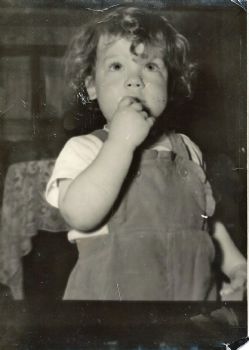 When I first met my nephew Steven, I was sure he was a girl - he had the curliest, most beautiful hair for a toddler!

On the knee recovery site - things are moving by leaps and bounds. I can do a full turn on the stationary bike, apparently quite a feat for only 2 weeks out. Yesterday we took away the raised toilet seat - I'm struggling a bit getting up but it's so worth it. Today I am going to try and cut back on the pain meds during the day - it's an experiment. Tom's little birthday party went well last night and I know it was good for me to have some distractions - I think it's time to start getting out of the house for more than a trip to the doctor or physical therapist!