I'm going to start making my own bread 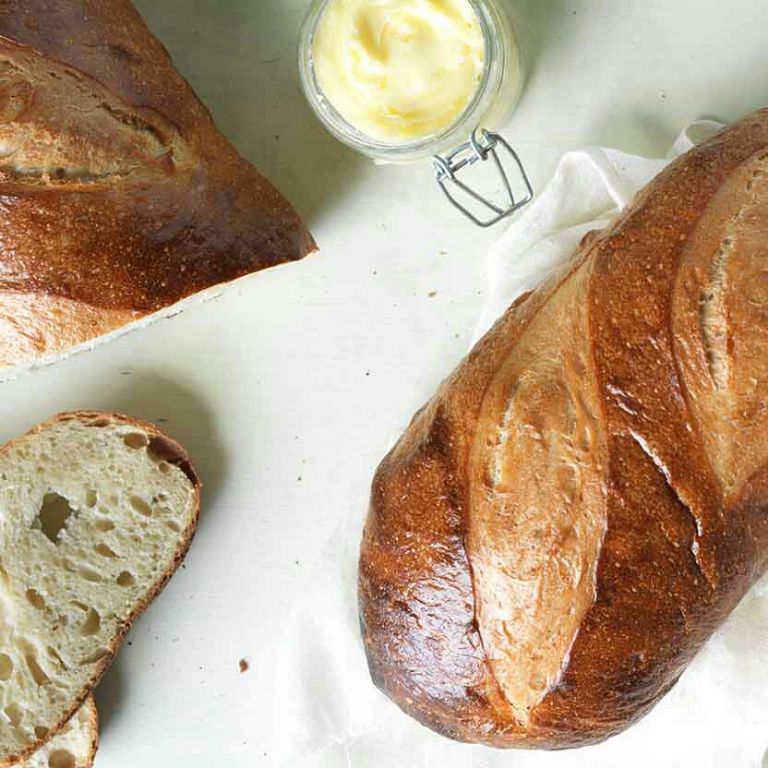 I've determined there is something going on with my digestive system. My tummy rumbles all the time. Discovered today that eating a antacid stops it. Upon further research I've determined that maybe wheat might be the problem. I may have an intolerance. I'm starting a batch of sour dough starter as we speak. Research, often linked with IBS, indicates that the principal storage of phosphorus in seeds is found in the bran part of wheat and is called phytic acid can be a cause for digestive discomfort and bloating. In humans, and animals with one stomach, this phytic acid inhibits enzymes which are needed for the breakdown of proteins and starch in the stomach. It is this lack of enzymes which results in digestive difficulties. Ironically, commercially produced whole grain bread, generally perceived as “healthy,” is often the worst thing a person with a wheat intolerance should eat. Luckily we have an ally, sourdough.  The wild yeast and lactobacillus in the leaven neutralise the phytic acid as the bread proves through the acidification of the dough. This prevents the effects of the phytic acid and makes the bread easier for us to digest. These phytic acid molecules bind with other minerals, such as calcium, magnesium, iron and zinc, which make these important nutrients unavailable to us. Long slow fermentation of wheat can reduce phytates by up to 90%. There is an interesting study that  compares the effects of different leavens (yeast, sourdough, and a mixture of both) on phytic acid degradation which assessed the repercussions of phytic acid breakdown on phosphorus and magnesium solubility during bread-making, that showed Sourdough fermentation was much more efficient than yeast fermentation in reducing the phytate content in whole wheat bread (-62 and -38%, respectively). The lactic acid bacteria present in sourdough enhanced acidification, which lead  to increased magnesium and phosphorus solubility. Simply put the phytase enzymes released by the yeasts as the dough acidifies effectively pre-digests the flour, which releases the micronutrients and in turn reduces bloating and digestive discomfort. Sourdough bread also takes longer to digest; studies have shown that rye flour added to sourdough can help regulate blood sugar levels which helps ward off diabetes. I shall let you know how my experiment works out 😊
Share This Post With Others
Report Inappropriate Blog
Member Comments About This Blog Post