It feels cliché and appropriate that for three months my blog has been silent, and on the first day of 2018 I should remember that it even exists. A true test of how important something is, I feel, is determined on how often you think about it daily. I can definitely say that for two months, my weight, and chronicling the good and bad of my work to be more healthy has NOT been important. It would seem a good time for me to give the typical lines about how it's a new year and I'm going to make new strides to fix what went wrong the end of the year, but I am NOT going to make promises I don't intend to keep. I think living healthy is about being real with yourself and if I'm being real, I can think of at least five other things I would rather be doing than working on eating better and being more healthy.

One thing people know about me is that I hate New Year's resolutions. I find them to be a waste of time because subconsciously everyone looks at New Year's resolutions as something they will end up breaking once they don't feel like doing them anymore, or it becomes acceptable to jump on the bandwagon with everyone else who has quit theirs. It becomes almost a pack mentality to look at others not working on their resolutions and join in the "Yeah, it didn't work out this year" or the "I don't have the time I thought I would have" club instead.

Don't get me wrong, I believe goals are important and necessary, but the resolutions of New Year's are usually doomed to failure. So while this blog is already cliché to rant against New Year's resolutions, let me say this. I have always been the kind of person who doesn't need pushed. An accountability person doesn't work for me because having someone call out my lack of progress or a missed chance doesn't serve to motivate me. In fact, it does the opposite. I don't know why, but my rally cry seems to come from a very smart, small green creature who once said, "Do or do not. There is no try." Either I am going to self motivate myself to give a damn (pardon the French) or I will continue to do as I always have.

Case and point. I am a nail bitter. I have bitten my nails since I was a little girl. There is not a time in my life I can remember not biting my nails. I do it when I get nervous, I do it when I get bored, and I do it without even knowing I am doing it. Two months ago I made a decision to finally take the bull by the horns and stop biting my nails. It was a conscious effort I had to force myself to follow every day. There were some days I wanted to throw in the towel and I came very close to letting myself go, but I resisted. Even when the nails started to physically hurt because I was hitting the new growth against things I had never hit them against before, I told myself this would be worth it and to not give up. A couple weeks ago, I rewarded myself with a gel manicure and I can now proudly say that my urge to bite is less every day. I actually look at my nails with pride now.

While the nails seems like a small thing, they actually have come to represent a much larger thing to me. I saw the same results in the warmer months of 2017, when I daily was walking several miles. My strength increased, parts of me that hurt routinely stopped hurting, and I did see measureable changes to, well, my measurements. I had a self motivation that extended past whether my walking buddy Amy was coming with me. I wanted better for myself, so I made it happen. I don't believe I lost that once it started to get cold, but my interests and priorities changed. I would rather come home and write on my fantasy story, or do game prep to DM a game for my friends.

I say all this to make this point in the end...there are big things happening this year. My family is taking a 10 day trip to Alaska in June which includes long air flights, time on a bus, time on a train, and time on a boat. While it should be the trip of a lifetime, I am immediately nervous about how my enjoyment of this trip will be affected by my weight and my diet. There is something to be said about finding the motivation to do better when an expensive trip is hanging in the balance. The weather won't be warm again for several months, so coming home and getting into a change of clothes without sitting down will be vital to my success. A little yoga combined with some empowering kickboxing should be the ticket to making this " I care" train move again. 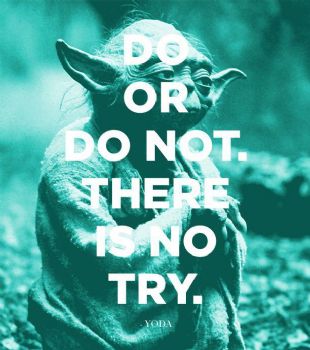